Aquatic athletes free-falling from nearly a hundred feet in the air, with only 3 seconds to perform up to 5 precise and artistic somersaults as they hurtle towards the water below. All against breathtakingly dramatic scenery.
The Cliff Diving World Series serves up a double travel thrill: adrenaline-pumping feats of human athletic and performance skill - set against a backdrop of epic historic, urban and natural seaside locations whose sheer heights and seas below are captivating.

Cliff diving originated hundreds of years ago in Hawaii. Daredevil athletes competing in today’s Cliff Diving World Series vie for the King Kahekili trophy. It’s named after the Hawaiian chief who first leaped from the island’s sacred cliffs in the 1700’s.
For over a decade, there’s been an elite event that pays tribute to King Kahekili’s daring athletic legacy. The Cliff Diving World Series as ‘pure extreme sport.’ Just man – or woman – versus gravity, with a body of water below. A dozen male and a dozen female competitors compete at each of the 8 stops on the global map of cliff diving venues, accumulating points along the way.
At the end of each season, a champion in each category is awarded a trophy in King Kahekili’s name.

Go Jump off a Cliff

It’s easier said than done! Part art, part athleticism, all adrenaline go into every cliff dive.
Height, speed and g-force, as well as aerial awareness, timing and physical strength all play a huge role in creating the most perfect, aesthetic and, of course, safe dives. The divers can launch from different stances and include pikes, tucks, somersaults and twists on the way down to impress the judges.
Here are some more ‘fast facts’ about cliff diving: 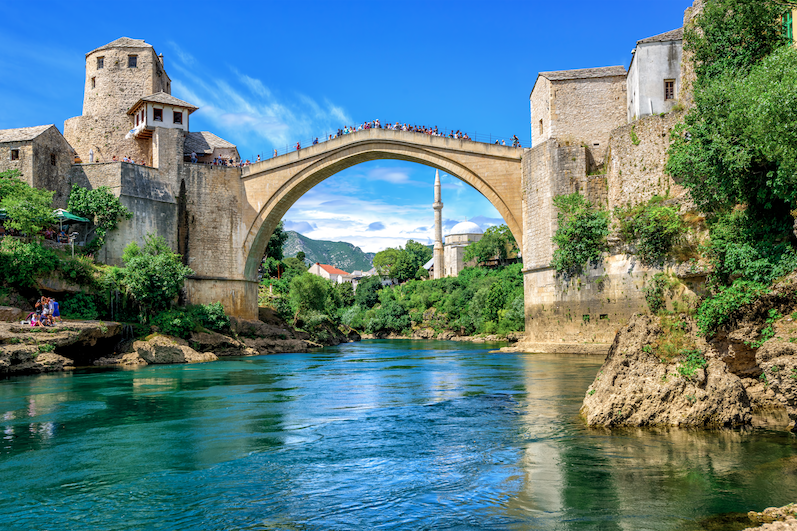 Takes Your Breath Away

It’s one thing to watch Olympic diving into an indoor pool. Cliff diving takes it to the extreme – with winds, sun shining off the water, even the uneven appearance of the water surface in waves below - all acting like performance wild cards.
In addition to the uncontrolled environment – is the sheer (literally!) beauty of cliff diving locations, from their Hawaiian roots to their modern-day versions.
The Cliff Diving World Series is hosted in breathtaking waterside locations where athletes launch from rock formations, historic bridges, landmark buildings or beside waterfalls.
The inaugural competition was staged in La Rochelle, France in 2009, and since then, the cliff diving elite of the world have tested their mettle and displayed their athleticism and diving style epic locations in Hawaii, Thailand and the Philippines and urban centres like Dubai, Bilbao and Cartagena.
Both fresh and salt, warm and cold water will do, and 2022 will see dramatic dives in capitals like Paris, Oslo, and Sydney, as well as the Old Bridge of Mostar in Bosnia and Herzegovina (above), Polignano a Mare, Italy, Sisikon on the shore of Switzerland’s Lake Lucerne, and Boston.
Of course, for those of us whose dives are limited to jumping off docks, or a pleasure boat, or the marina of a small cruise ship for a fun little dip, the thrill of the Cliff Diving World Series is to be watching these daredevils of the air and sea from the shore.
That makes a holiday to one of the Cliff Diving World Series locations the perfect blend of excitement of the spectacular, unique, natural extreme sport, with local, seaside lifestyles that come so naturally to these cliff diving destinations.
Find out more about the Red Bull Cliff Diving World Series and its current season of dates and locations here, and ask us how you can…

Top Image: The cliffs of Islet Franca do Campo, Azores, Portugal, one site of the Cliff Diving World Series

On the Night Train: How to Jump On Board One of European Travel’s Hottest Trends

Europe is banning short hopper flights in a battle against emissions. The move is sparking a rail revival – and parti... learn more

Did you Know? The Leaning Tower of Pisa is... 'Straightening Up!'

Will it soon be named the Perfectly Ordinary Tower of Pisa? Will the Tuscan city whose claim to fame is an off-kilter... learn more

Made You Look: The Quirkiest, Most Creative Tourism Marketing Campaigns of 2022

Now that we’re traveling again, destinations around the world have been wooing visitors back – with promotional video... learn more

Celebrate Christmas in the Holy Land

It may be the ultimate holiday trip: a visit to the land of the original Christmas story, especially during the holid... learn more

Let Us Help You